I would like to review the Nikon D7200.  This is Nikon’s newest entry into the enthusiast category.  This is also the first DSLR I have purchased in 7 years.  I am making the switch from the Nikon D300 with MB-D10 grip.  The importance of noting the grip is that it pushes the Nikon D300 to just about 8 fps when using the D2 series batteries.  The majority of the work I did in my previous photography career was based on sports.  Prior to the D300 I used Nikon D2H cameras and even before that Nikon F100 film cameras.

Below is my unboxing video on youtube.  Shot with a iPhone 6+.

So first you notice from the photo up top I added the MB-D15 grip to my D7200 unlike with the D300 this grip adds no speed boost only vertical grip and function buttons.  Coming from a sports background I had to change several things right away with the camera.  First I took the focus off the shutter button and instead placed it on the AE-L/AF-L button on both the grip and the back of the camera.  So why did I do that is that I like one touch focusing I pick a spot where a subject will pass through focus there and then track the subject through the focus area.  This also helps if you have a subject and the camera tries to grab something in the background that is moving to focus on. The 24MP and the new processor engine are both very amazing.  For my test shots I used two speed lights above and behind my subject with a simple bounce card angled back up into his face.  This created a very dramatic image that worked well with his baseball clothes.  To get this I setup the on-board flash unit into command mode.  All of the functions I changed I did it through poking around I at no point opened the manual.  This is something I like to see if the menu and controls follow what is known as the KISS principle.  KISS stands for Keep It Simple Stupid.  To my thoughts I think Nikon did a bout 7 out of 10 on the simplicity of the menu.  There was a few functions that they could have made easier to follow.  I also noticed through shooting this weekend at a wedding that the ISO button can be accidentally be pressed screwing your playback up for a second or two.  This is not a big deal but it was annoying.

The camera to me is a big step up the construction was heavier then I thought.  The camera was a bit more narrow then I expected but with the added grip it fits my giant paws nicely.

I used for my photos 2 x 64gb Sandisk Extreme Pro cards.  I set the camera to use principle NEF and slot 2 should produce JPG copies.  I must have something set wrong as currently it is producing NEF and NEF images not JPGs in Slot 2.  I will have to investigate the menu but it does show that I have this set right.

After following Nikon’s instructions for power cycling this problem is no longer present and the camera is operating as expected.

Here you see what is exactly on the slot 2 card. So as you can see they may have a bug.  I have opened a support ticket with Nikon and I am waiting for an answer.  Still I can’t complain about the image quality they are simple spectacular.

Again in master mode I used a Rouge Speedlight softbox and a Rouge honeycomb with yellow gel to take an image of my son in his roman costume for school.

I am highly impressed overall with the camera.  I have heard people say this is not a huge update from the D7100 but I can’t compare that I am going from the D300.  The bigger buffer is a huge consideration for me as I will most likely still shoot sports and I will need the burst ability to get the shots that matter.  For my opinion the camera is worth every penny and I look forward to shooting more with it in the near future. 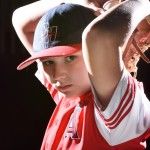 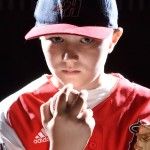 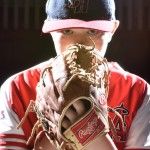 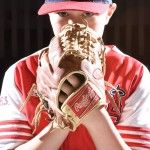 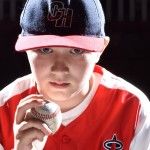 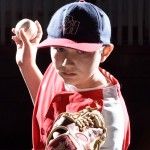 This entry was posted in General, Photography, Reviews.