WonderCon photos are still in process but I couldn’t help myself to stop and edit some already amazing photos.  I have to say right now one of my favorite games is Horizon Zero Dawn the graphics, the story, the characters, the soundtrack it just makes for one hell of a game.  I played the crap out of it and just love it to death and I can’t wait to see where they go with the story.  I am also excited to see if they add some actual books like novels for the public.  So when the game was still weeks from being released I was up in the mountains with Miranda (Saylum) doing some cosplay photography when we got to talking about the upcoming game.  She explained that she was trying to get her Aloy (main game character) finished before the launch party at a local game store.  I was hopeful for greatness because Miranda is spectacular as Lara Croft. I was already falling in love with the game having actually got to see some gameplay at two different E3 years.  So flash forward to WonderCon Friday comes around and it’s nearing the end of the day and Miranda runs into me as Nathan Drake and we get some pretty cool photos but nothing over the top epic.  She says she is wearing Aloy on Saturday.  I am slightly hopeful but really meeting up at conventions is sooo hard especially if you have a good cosplay because I could be shooting when you are free and vice versa.  So yesterday when she texted me that she wanted to try and get some photos near the end of the day I wasn’t sure I had enough in me…until she stepped around the corner.  Her cosplay was so spot on I had to pick my jaw up off the floor.  Her cosplay was so fantastic it completely gave me a second wind and we created some of my favorite cosplay photos to date.  Most of the work on these was done in camera and completed with natural light.  I decided to take these photos out of my WonderCon coverage because frankly they were soooo far above my usual work they demanded their own post.  Please enjoy and credit both photographer and cosplayer when reposting. 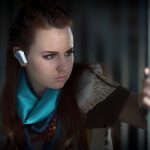 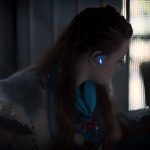 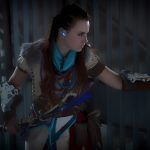 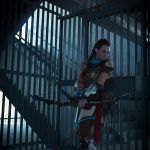 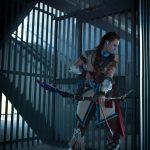 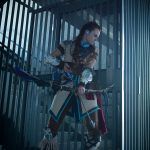 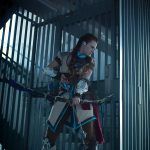 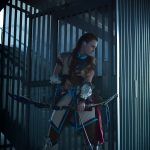 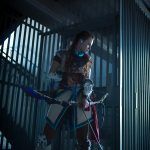 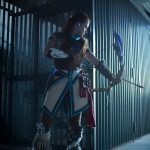 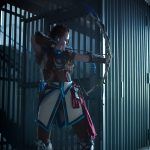 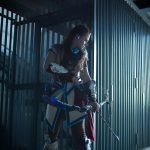 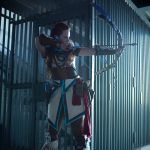 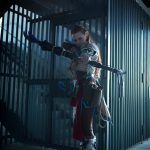 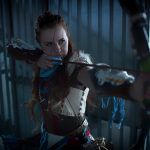 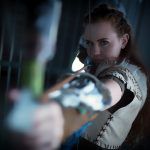 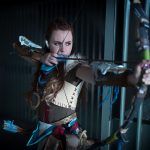 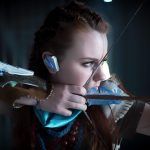 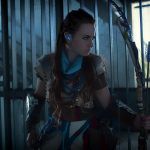